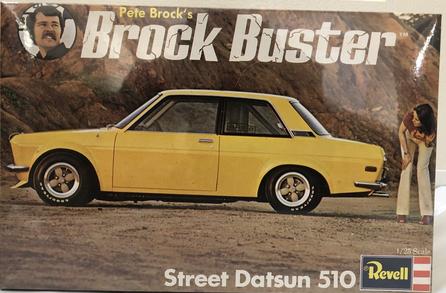 According to the MT article, Brock took a stock Datsun 510 2 door - priced at $2300 - and added $2500 dollars of (mostly) bolt on modifications to create the "Screaming Yellow Street Datsun 510" that is tagged with the name "Brock Buster" by MT. The labor is not included "as his Brock Racing Enterprises shop in El Segundo, California did the work..."

Motor Trend goes on to describe the Brock Buster as "a yellow street cheetah that drives and handles very much like a race car...". 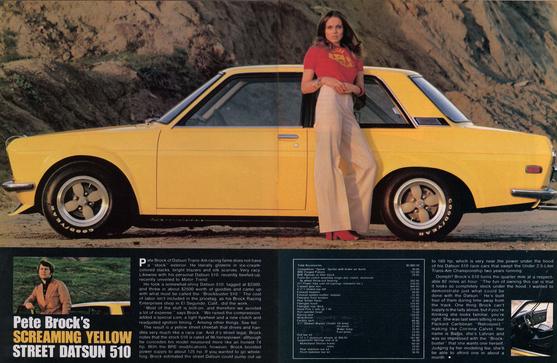 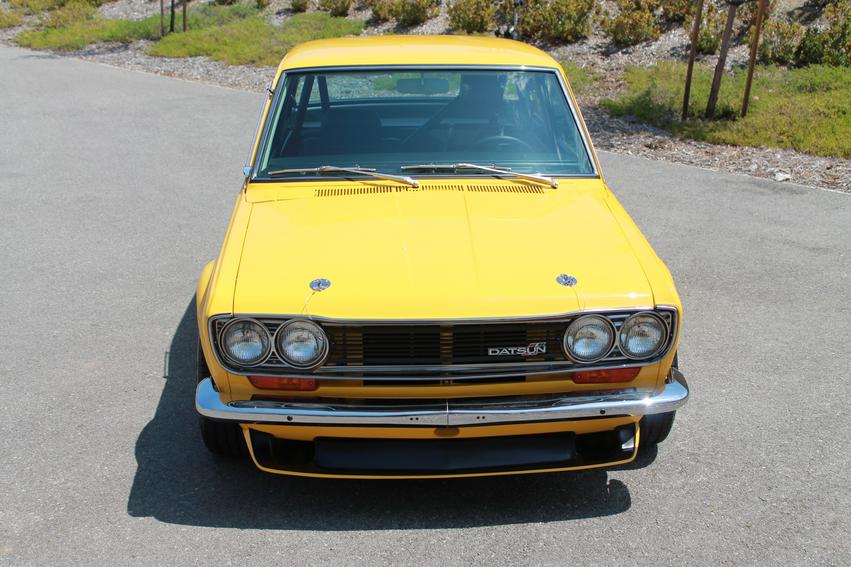 Brock's 510 was again tagged as "Brock Buster" on the Revell kit. (Also note the photo used for the model appear to be from the same photo shoot as the MT article - with the exception of Pete growing a moustache!.)

Revell sums up the Brock Buster with "...Pete Brock's BrockBuster - quite a car...quite a kit."

Peter Brock's "personal street Datsun 510" was the subject of a two page centerfold in the March 1973 edition of Motor Trend magazine, a Model Kit by Revell, photographed in Sports Car Graphic Magazine in December 1984 and memorialized in Autoweek in January 1986. 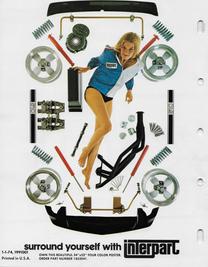 According to (a letter in my posession from) Pete Brock,

BRE of what could be done to a Datsun 510 to make it a more attractive,

and we felt that it would be wise, for promotional purposes, to show what

could be done with a practical, street driven 510."

​Recently (March 2019) Peter Brock noted on his Blog, "The Screamin’

Yellow Zonker was built primarily to showcase all the parts available

to those who dreamed of having a fast and reliable 510."
​

"On to a standard 510, then, went whatever bits were lying about. Race car bits. On went a fiberglass hood, trunk and fenders. In went a rollbar-just like the race car's-and a BRE racing seat and harness. The suspension obviously couldn't be pure race car, but it had a lot of the same touches. Shorter, stiffer springs were installed. Mounting points were relocated to facilitate lowering. A rear sway bar was added, as well as a thicker one in front. The engine was blueprinted and fitted with a semi-race cam, headers and full race forged pistons (creating a compression ratio about 47: 1). Output was about 130hp. Perhaps most stunning was the car's color, a pure "process" yellow specified by Brock himself."